I was planning to see the 10.15am session of Clint Eastwood's Invictus at the Kino today, but being unable to tear myself away from the forums at Gallifrey Base, I left the house too late to make it to the cinema in time. Instead I went on a gentle walk through East Melbourne and back home to Fitzroy, where I have plenty of work to be doing, so I don't feel too bad about missing the film. Hopefully I'll catch a session later today at the Nova instead. We'll see.

It's not a film I'm desperate to see, mind you - if it was on my 'must see' list I would have caught it several weeks ago, when it was first released - but nonetheless I'm interested in checking it out, having been moved to tears by the trailer. Yep, that's how much of a softie I am - a cleverly edited trailer can have me wiping away tears.

Then again, I've always cried easily. Beautiful things, sad things, dramatic climaxes, they all get the waterworks going. Not that I'm complaining. I'd much rather be the sort of man who cries often than the sort who doesn't.

Unemotional men are such a turn off.

In other news, I have spectacularly failed at not drinking for the entire month of February. That said, I did go three days without a drink at the start of the month, which is the longest I've been without a drink in several years. Now all I have to do is extend that non-drinking period, or do it every week, add some more exercise and a healthier diet into the mix, and voila, I'll be right as rain.

Yesterday afternoon saw a group of us - old friends I've known for almost 20 years - get together for a few hours in the beer garden of the Standard Hotel. As happens, when everyone present is hitting middle age, at one point the conversation turned to labour pains, the extraction of wisdom teeth, the gaining of scars (both physical and emotional) and sundry other injuries and illnesses; we were like war veterans showing off our wounds, demonstrative proof that we were still alive despite everything life had thrown at us.

Old friends remind us how good it is to be alive.
Posted by richardwatts at 10:35 am 5 comments: 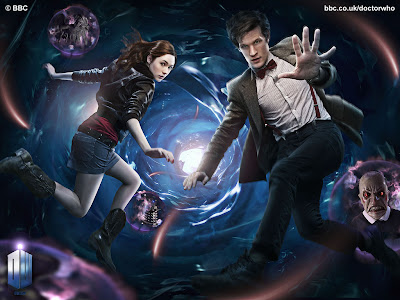 Via Life, Doctor Who & Combom comes this BBC promo pic of the 11th Doctor (Matt Smith) and companion Amy Pond (Karen Gillan), which suggests that trailers and teasers for Season Five of my favourite TV show can't be far off!
Posted by richardwatts at 10:50 am 1 comment:

The last couple of weeks have been a real mixed bag, entertainment-wise. There have been a couple of apparently excellent local theatre productions, Lloyd Beckman, Beekeeper and Acts of Deceit, both at La Mama and neither of which I've seen yet (a situation I hope to rectify by the time the weekend rolls around); whereas the films I have seen have been at marked extremes of the quality spectrum.

Precious: Based on the novel 'Push' by Sapphire 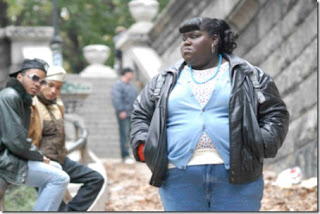 A harrowing film about redemption, Precious is the story of an obese, illiterate African-American teenager who is pregnant to her own father for the second time; whose mother belittles and beats her; but who refuses to let life grind her down. Despite all the shit life has thrown at her, Precious finds the strength to turn her life around, thanks in part to an inspiring teacher at her new alternative school.

As I wrote in a detailed review over at Arts Hub a couple of weeks ago:

There have been many films about inspiring teachers and the transforming powers of hope and imagination – think Dead Poet’s Society (1989), To Sir, With Love (1967) Stand and Deliver (1988) and The Blackboard Jungle (1955) to name just a few – but none of them come close to capturing the terror and brutality of the life our titular heroine is so desperate to leave behind in Precious.

The film’s grim nature may put some people off, and certainly the cavalcade of misery Precious lives through is difficult to stomach, but while director Lee Daniel doesn’t skimp on the grim details of the story, he also imbues the film with a palpable sense of grace.

In a lesser director’s hand Precious could have been mawkish and melodramatic; instead, he has given us a study in restraint. Daniel’s light touch allows audiences to find their own route through this tale of woe, avoiding overly-telegraphed scenes and heavy-handed musical cues, and ensuring that any emotional response one has to the film is authentic rather than forced.

Equally impressive is Daniel’s work with the performers. He is clearly an actor’s director, and coaxes brilliant performances from all his cast, even Mariah Carey, whose previous track record as an actor has been poor to say the least.

The untrained actor Gabourey Sidibe as Precious is excellent, but the film is stolen by comedian Mo'Nique as Mary, Precious' venom-fuelled mother - quite possibly the most loathsome and hateful mother ever portrayed on screen. Amazingly, in the film's penultimate, terrible scene, Mon'Nique actually makes us feel sympathy for Mary; rendering her beastly character suddenly human, though still despicable. It's an amazing performance, and a fantastic, though challenging film.

Oh, I had such high hopes for this movie, despite all the warning signs: the fact that the studio bumped back its release three times, the fact that its original director Mark Romanek (who directed the subtle and underrated One Hour Photo) quit one month before shooting started due to 'creative differences' with the studio, the fact make-up legend Rick Baker's carefully designed prosthetic transformation sequence was ditched in favour of CGI...

Do you hear that noise? It's the sound of my hopes being dashed. 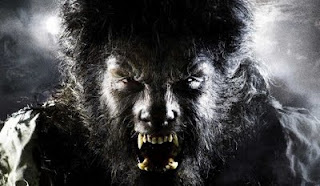 The film starts well, with the recitation of the old Gypsy poem from the original 1941 film The Wolf Man, 'Even a man who is pure in heart, and says his prayers by night...'; and establishes a dark, brooding tone and a subtle pace to its story. Then the tone switches abruptly, becoming frenetic, while any sense of slowly-building drama and tension are replaced by buckets of blood and flying body parts, and a phoned-in performance from Anthony Hopkins as patriarch Sir John Talbot.

Emily Blunt's character, the romantic lead Gwen, is given virtually nothing to do; nor is there any palpable chemistry between her and Benicio Del Toro as Lawrence Talbot, the prodigal son who returns home to help search for his missing brother, only to find his brother dead and the locals muttering about werewolves.

On the bright side, the recreation of Victorian England is excellent - congratulations to the production design team. But everything else is a mess, from the haphazard way the story unfolds, to the direction, the pacing, the mood, and especially the climax, which echoes Ang Lee's unfortunate Hulk in its heavy-handed exploration of father-son dynamics.

Save for a couple of obviously telegraphed 'something jumps out and goes 'boo!'' moments, The Wolfman is not a scary film. Given that it's made by Joe Johnston, the director of Jumanji, I can't say I'm surprised - just very, very disappointed.

Posted by richardwatts at 9:44 pm 3 comments: